This week I made a sandwhich that I thought was really cute and funny however my kids didn’t feel the same way.LOL I used the silly eyes that I mentioned in an earlier post and used Fruit Flats for the tongue (kind of like fruit roll ups but…not. Easier to work with but definitely not fruit roll ups. Later in the week my sons asked for a repeat of the sandwich and were explicit that there should be no eyes or body part so…I complied 😉

Here is our week of Bento Boxes {the kids were with my parents for few night again this week so…there aren’t five but its still awesome! 🙂 } 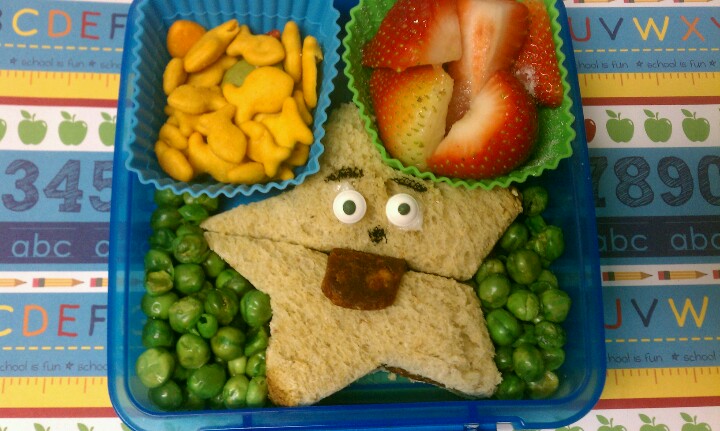 This is my little happy silly faced guy that my kids were not feeling. Anywho…from the top: gold fish, strawberries, dried peas. The sandwich is whole wheat bread with nutella. The candy eyes are held in place with icing and the tongue is raspberry Fruit Flats. 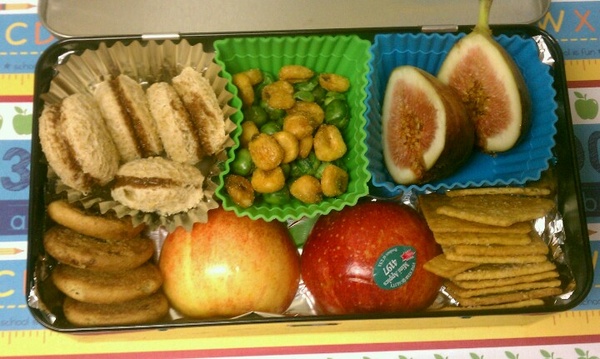 Attempt #2 at “cut out” sandwiches. Its the exactly the same as the first sandwich: Whole Wheat bread and Nutella. I use the medium circle cutter and was able to get four circles per sandwich. My kids thought they looked like Krabby Patties. They stood there by the cutting board with open mouths like little birds waiting to eat the scraps (which were delic…) so I added them to a little plate from IKEA to accompany their bowl of cereal! Win-Win. On to the rest of the box: Dried peas and corn, a fig, sugar free cookie (the kids have no clue). the cutest little apple I’ve ever seen! It’s a little bigger than a ping pong and some Wheat Thins. 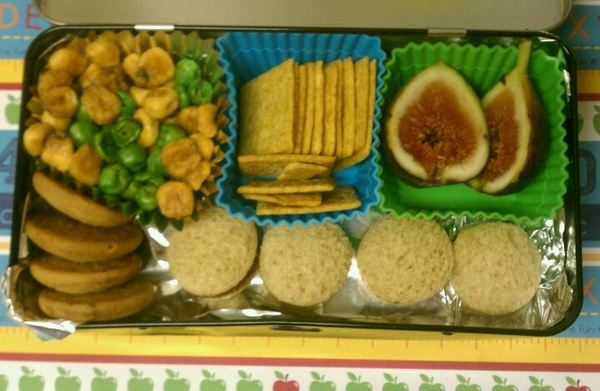 Basically the same box minus the apple. 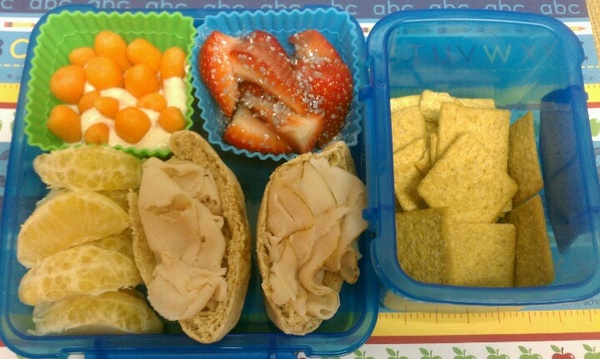 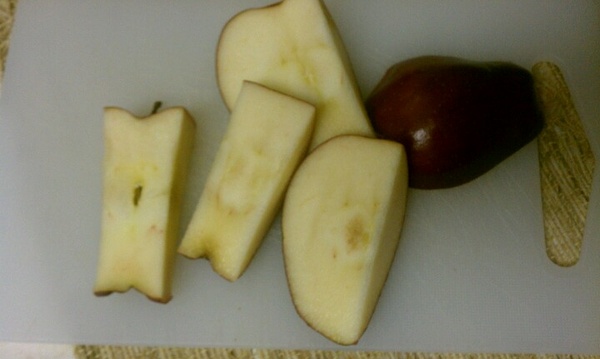 I have a kid who loves apples and hates brown spots on his apples. I don’t always have time to let them soak in pineapple or lemon juice. I learned a new trick over at Another Lunch blog that works wonderfully plus my kids think its cool. 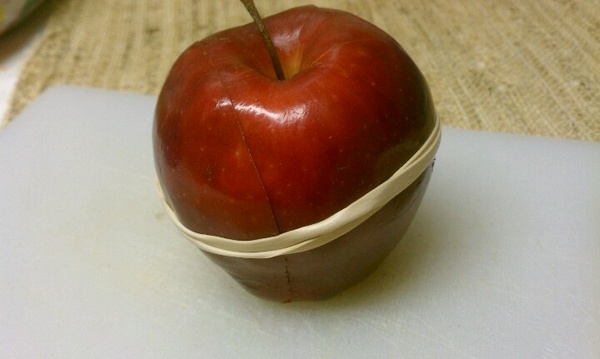 Cut the sides off of the apple leaving a square core. Put it back together and secure with a clean rubber band! Mess free, brown free and no extra dishes!

I added this next one just because I thought it was funny. One morning I could not decide what I wanted to have for breakfast. After putting it off all morning I realized that it was time to leave so I grabbed one of the kid bowls from IKEA, and threw in some almonds and dried berries. I peeled a clementine, threw it in the bowl and walked out to join everyone else at the car. When I got in my 2nd grader (who has no front teeth and almost anything he says I find hilarious) looks at me and says “Mom, you really should work a little harder on your Bento! It doesn’t even have a top!!” 🙂 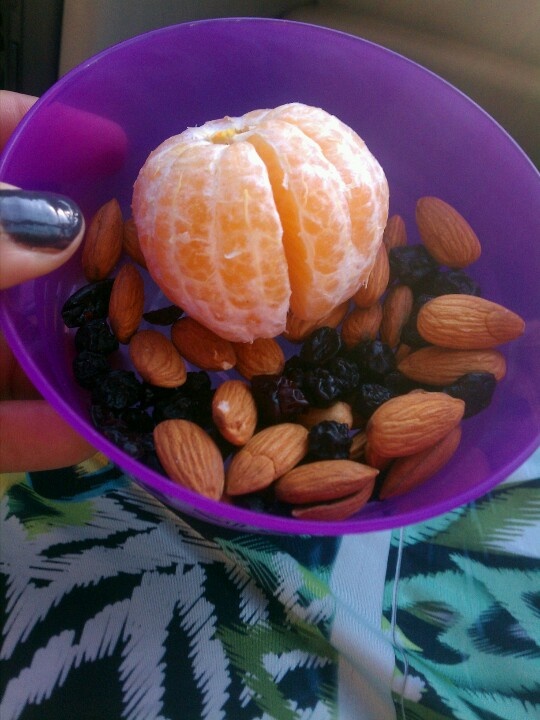 Thanks for hanging out with us! Have a great Bento week!